What is wrong with swearing?

The main agenda of a brand is to attract as many possible costumers as possible so by using content that may be seen as inappropriate limits the companies reach on its audience. With that being said, there are situation where swearing could work and allow the company to identify with its audience.

Lets take bear as an example. If a company is trying to identify with 20-35 blue-collar workers who enjoy a beer after work, an ad that using swearing, like these guys probably do, it stands to reason to use taglines such as “this beer tastes f**king great! Probably not, but this goes to show that swearing when used in the right way can be very effective.

So, how does this sh*t work?

As Leo Burnett once said, “Make it simple. Make it memorable. Make it inviting to look at. Make it fun to read.”

In more then one way this quote really sums up the backbone of what a good ad should be like. With that being said, I feel there is one element that is missing which validates the use of swearing in ads. The final element is an ad needs to be clever. A clever ad is the key to making swearing work! If an ad is not clever the viewer will read right through it and just think you are swearing for swearing sake.

In terms of the world of advertising there seems to be only three ways in which swearing can be successful:

Slipstreaming
Why do we want to incorporate swearing in our ads? The answer to this question is to create emotional impact and to grab the attention of the viewer. Swearing is an extreme use of language to imply something that is impactful. With that being said, swearing is really tricky in ads. In our society swearing is used to express frustrations, anger and to release tension in difficult situations. It is a way for us to communicate strong feelings and to get a strong response back.

It is very rare to see swearing in advertising because of the high possibility of offending somebody. This is why it is important to know who your demographic is and understand the possible implications of adding swearing into your ads. With that being said, if the benefits of using this tool outweigh the negatives there really is no reason to not use the tool but to remember to use it in a smart and creative way.

Are you being implicit?

So how can you jump on the bandwagon and incorporate swearing into your ads? Well the answer is rather simple. You tone it down and imply swearing instead of explicitly saying it. 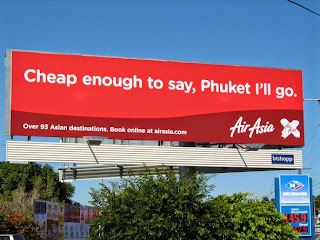 A great example of implied swearing is used in the ad for Air Asia. In this ad the tagline reads “Cheap enough to say, Phuket I’ll go.” When we read the ad our interpretation of the word “Phuket” is influenced by the verbal composition of the ad but at the same time we see the rudeness of it. This vulgarity is really created in our heads and the use of phonetics used in the ad.

When words are used to imply swearing it really is important for the word to have purpose and integrity. They also need to be able to generate an awareness of words that might sound and feel familiar to the swear word. 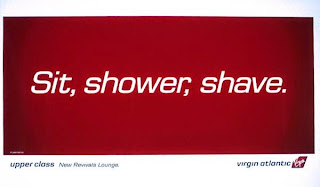 A great example is an ad done by Virgin Atlantic’s called “Sit, Shower, Shave.” This ad was created to promote the Virgin Atlantic’s upper class arrivals lounge. This ad is effective because it plays on words and it really is in the eye of the beholder to determine the contextual context of the ad itself.

Are you implying something?

Another tool is to imply swearing. For example when people swear on TV the swear word is implied by a bleeping. This notion was used in the Bud Light ad called “Swearing Jar.”

In the video, the bleeps only partly cover up with swearing and as a result, the context of the ad exposes the advertisers intent. The issue with this ad, is if it could work with other brands that are not as large as Bud is?

Regardless of the ad shown in this post, they all have one thing in common. All of these ads are clever. The are able to cut through all of the clutter to grab the attention of the viewer long enough to create a challenge and a sense of discovery. It is a puzzle to solve and a reward for solving it. When the reader finally figures the ad out there is a sense of appreciation and a liking of the ad. People like and enjoy clever ads. They become memorable and this feeling is transferred over to the brand itself.

Overall, when incorporating swearing into ads, it is important to avoid giving offence and being crude about it. It is more important to be smart and to use the tricks illustrated in this post.

I will leave you with two little gifts! 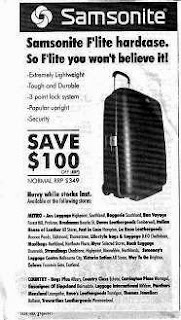 and last but not lease!