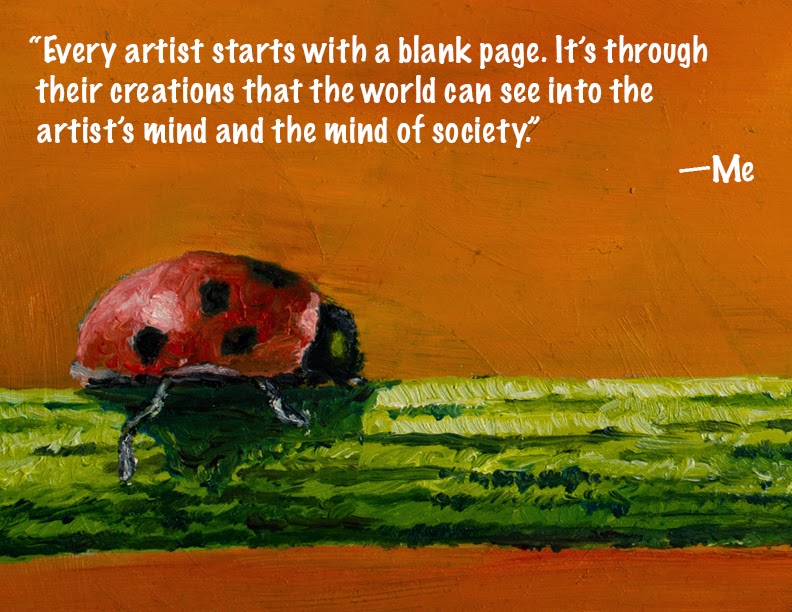 The Question of Cheating in Advertising

Advertising is a cutthroat industry and agencies and companies are always trying to undercut the leading competitor by encouraging the consumer to switch to their brand. Morally, is this really the right thing to do? In our society, we look down on people who cheat, so why is it right in advertising? In terms of promoting cheating between brands, there really is nothing wrong with it. Brands do not have feeling. They do not develop a mental or physically relationship with the consumer in the same way that one person builds a relationship with another person. Overall, the company's main purpose is to increase sales and to earn a profit. The more money they are able to invest the more power they will have in a given section of a market.

Alright, so lets take a look at this concept for a minute:

In 2012, KFC release a campaign called “It does count if…” which targeted women who were dieting. Understanding that dieting is an uphill battle and that there are many reason or ways in which women can trick themselves into believing that they can eat bad food and have it go unnoticed. In the below video it hilariously shows how women disguise their cheating by a number of entertaining excuses. For example, in the opening shot two women are eating cupcakes and the voiceover says, “It doesn't count if it’s one of your five a day.”

Generally, this form of advertising is relatable and generally there is nothing wrong with it. Yes, when a woman cheat on their diet they might feel bad for it but quite frankly most people on a diet have cheat days or weeks. Where this ad fails is even though the video is funny because the view can relate to it, the consumer has no idea what brand is being promoted and if they were to cheat they don't know who they are going to be cheat with. There is no indication that the ad is promoting KFC.

Ok, so sometimes promoting cheating in ads is a good strategy. When is it bad?

Reebok, in 2012, released an ad campaign that asked the consumer what was more important to them with the slogan: “Cheat on your girlfriend, not on your workout.” This ad was placed in male washroom at a number of gyms in Germany. Even though it was only ran in German gyms partnered with Reebok with the use of social media like YouTube the campaign went viral and made its way to North America. 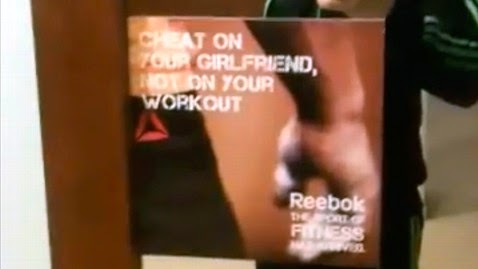 The ad was pulled once consumers started complaining and threatened to boycott Reebok. As a result to this controversial ad, Reebok acknowledged that the ads were offensive. A spokesperson from Reebok in an interview with CBS stated:

“We regret that some offensive Reebok materials were recently printed. The signs were removed as soon as we were made aware of them. I can assure you that Reebok does not condone this message or cheating in any way. We apologize for the offensive nature of theses materials, and are disappointed they they appeared at all."

Overall, this form of promoting cheating is completely inappropriate and does cross the line of what is morally right and what is wrong. It is a form of advertising that promoted dishonesty and disrespectfulness towards woman and shouldn’t have be printed in the first place.
Posted by Unknown at 11:46 No comments:

Humour in Ads: The Good

Humour is a form of emotional branding which engages the viewer by sharing the customer’s outlooks and style in life. It takes a product and makes it more than just a product but symbol of modern society.

Humour in advertising is a very useful tool that helps make a brand more relatable to the customer. A lot of the time when you see a humourous ads it takes socially unacceptable situations and makes them acceptable because it is funny. Overall, there is nothing better than mocking the negativity in our lives to make it a positive.


Old Spice, "The Man Your Man Could Smell Like"

This commercial implements humour is an effective way. The ad is directed towards women but the product is clearly for men.­ In many ways, it can be argued that products like Old Spice are typically bought by women for their male partner. Therefore, the ad takes the perspective of the women. The imagery in the ad supports this claim because the main character is a very masculine character which a woman view might imagine is from a romance novel. The ad also address the idea that even though the partner that the viewer is with is not the main character with this product you can at least smell like him.

Humor works really well in this ad because it establishes awareness of the brand and the needs of the viewer. By using humour by stating that even though your man does not look as hot as the main character he can at least smell like him.  Furthermore, the imagery shown in the ad makes no sense and this appeals to the woman demographic. At the beginning of the ad it makes perfect sense but this does not last and the main character is shown in a variety of sense, which might relate to a romance novel that a woman would read.

Humour in Ads: The Negative

Humour in ads is very subjective and can often be misinterpreted if shown in different parts of the world. In North America humourous ads such as ad dealing with mockery, parodies, ktsch, and off-the-wall or dark humour does not always translate with individuals from other cultures. For example, in Britain they have a love for ads that are ironic but images that are considered sexy by most of Europe might be offensive to a British women.

With that being said, humour does work across cultural markets but it has to be done right. The subject material needs to be universal, the references need to be understood (example, young love), the subject needs to not be offensive or taboo in any way and last of all the humour needs to visually be based of something that is not easily lost in translation.

What were They Thinking?

This ad shows how humour can be used in an ineffective or offensive way. The ad tells the story a man and his dog. In the ad the main character wakes up to his car and spots a stain on the hood.  He then takes his dog and uses it as a cloth to wipe up the stain. At the end of the ad, you see the man driving off in his car after he throws the dog out the window.

This ad surprisingly aggressive and can be consider the promotion of animal cruelty. When the viewer first sees the ad they quickly identify with the man with the dog. Then as the man starts to use the dog as a cloth the viewer might feel uncomfortable and uneasy about the idea because they have already put their feet into the protagonist shoes. As a direct result, we immediately want to detach ourselves from the main character and the product presented in the ad. In other words, who would want to identify with a person who harms animals. This as a result, makes a negative connection towards the product in the ad.

Overall, the violence illustrated in the ad can be considered too much or even unnecessary. Furthermore, due to the ad targeting the male demographic the viewer, being a male, would not appreciate the male portrayal in the ad. Furthermore, the use of a small dog in the ad reinforces a negative image of a man who is unable to control a larger dog make him look weak and not very masculine.